You are here: Home / General / Thinking on the Side of Those who Hope 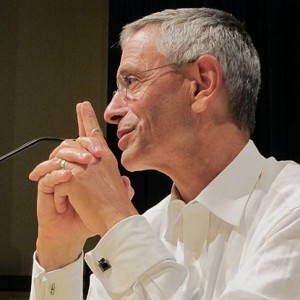 Thanksgiving was approaching and I was looking for a way to observe the holiday free of the sanitized, triumphalist narrative on which I was raised, the story that washes over America’s original sins of racism and genocide, the story that moves so horrifyingly and seamlessly from colonial conquest to ethnic cleansing and slavery. I reached for a book that for decades had sat unread on my bookshelf — Howard Zinn’s A People’s History of the United States. The book opens with the arrival of Columbus in the Bahamas. Financed by the King and Queen on an expedition to plunder the promised gold of the newly “discovered” continent, Columbus’ arrival set in motion the enslavement and genocide of the indigenous Arawak people.  Zinn concludes the first chapter with these reflections:

‘History is the memory of states,’ wrote Henry Kissinger in his first book, A World Restored, in which he proceeded to tell the history of nineteenth-century Europe from the viewpoint of the leaders of Austria and England, ignoring the the millions of others who suffered from those statesmen’s policies. From his standpoint, the ‘peace’ that Europe had before the French Revolution was “restored” by the diplomacy of a few national leaders. But for factory workers in England, farmers in France, colored people in Asia and Africa, women and children everywhere except in the upper classes, it was a world of conquest, violence, hunger, exploitation – a world not restored but disintegrated.

My viewpoint, in telling the history of the United States, is different:  that we must not accept the memory of states as our own. Nations are not communities and never have been. The history of any country, presented as the history of a family, conceals fierce conflicts of interest between conquerors and conquered, masters and slaves, capitalists and workers, dominators and dominated in race and sex. And in such a world of conflict, a world of victims and executioners, it is the job of thinking people, as Albert Camus suggested, not to be thinking on the side of the executioners.

The same day I read these words, this news item from Ha’aretz dated November 27th, appeared in my inbox:

Israeli Military Offensive in Hebron May Be Inevitable. The current assumption is that sooner or later the IDF will launch a large operation in the Hebron region…Hundreds who are suspected of involvement in acts of terrorism and violence have been arrested in Hebron and adjacent villages. Soldiers inspect about 1,500 Palestinian cars daily before allowing them to enter the main roads in the Hebron and Bethlehem region…the ongoing violence may push the Israel Defense Forces into imposing a curfew in some neighborhoods of the city and conducting house–to–house searches and mass arrests.”

The story marches to its inevitable dénouement.  Oppression produces resistance, the tyrant responds with ever increasing force, until the regime collapses under the weight of its own evil and the unsustainability of maintaining the cycle of violence.  And as the evil grows so does the unstoppable power of resistance.

We have seen this before, time and again. South Africa History Online provides this account:

One of the key instruments used by the apartheid government to neutralise political dissent was the State of Emergency…a draconian instrument used to detain people in large numbers while bypassing legal avenues. People could be arrested and held in undisclosed locations, while others could be killed without the police or other state security apparatuses being held to account. On 25 July 1985, President PW Botha declared a state of emergency in 36 of the country’s 260 magisterial districts. Within the first six months of the Emergency, 575 people were killed in political violence – more than half killed by the police. Under the provisions of the Emergency, organisations could be banned and meetings prohibited.

Despite heavy-handed crackdowns on political dissent throughout the apartheid period, people continued to fight against apartheid. With sustained internal unrest and international pressure, the apartheid system unravelled, to usher in a new era of democratic rule in South Africa.

In South Africa, a broad coalition of church leaders responded to the State of Emergency by issuing a series of powerful statements declaring their opposition to Apartheid, including the 1985 Kairos “Challenge to the Church.”  Joined in nonviolent direct action, and supporting the resistance movements (armed and non-armed), church leaders, clergy and students suffered imprisonment, exile, and death.  And they prevailed.

It is our job not to be thinking on the side of the executioners.

This past August, over 150 people representing Kairos movements from around the world gathered in Johannesburg to mark the 30th anniversary of the South Africa Kairos and to bear witness to the increasingly global nature of the struggle for economic and social justice. Because of the powerful reverberations of of South Africa’s Apartheid legacy, the Palestinian struggle figured prominently in the discussions. The statement issued following the conference, entitled “Dangerous Memory and Hope for the Future,” described Palestine today as “a microcosm of global empire, a critical site of reflection that can bring experiences in other locales into sharper focus.”

Empire is an all-encompassing global reality seeking to consolidate all forms of power while exploiting both Creation and Humanity. Empire is an ideology of domination and subjugation, fueled by violence, fed by fear and deception…sustained by weapons and military bases supported by ideologies and theologies… Struggles against ecological injustice, gender injustice and patriarchy, landlessness, abuse of people on the move, refugee vulnerability, political and religious persecution, social exclusion, denial of indigenous rights, neglecting children’s rights, harm to LGBTI persons, access for the differently abled, and racial supremacism represent only a portion of the struggles against empire… The memory of unjust suffering in all contexts is dangerous to the purposes of empire.

We must not accept the memory of states as our own.

Awareness of the power and danger of global empire has intensified in recent weeks.  South African theologian John de Gruchy wrote this reflection in the week following the Paris massacres.  Opening with the words of the Apostle Paul, de Gruchy then addresses world leaders directly.

Beloved, never avenge yourselves, but leave room for the wrath of God; for it is written, “Vengeance is mine, I will repay, says the Lord.” No, if your enemies are hungry, feed them; if they are thirsty, give them something to drink; for by doing this you will heap burning coals on their heads.  Do not be overcome by evil, but overcome evil with good. (Romans 12:9-21)

Of course, these words were not addressed to political leaders responsible for taking care of the weighty affairs of government but to a small congregation of Christians  who were suffering persecution. They could not really have taken vengeance on the Empire persecuting them; they were powerless.  By contrast, you have the power to play God, and your oath of office does not include making a commitment to love your enemies. Who can possibly love ISIS, except those thousands of angry, alienated and vengeful Muslim young people and former Sunni soldiers of Saddam Hussein?

You cannot always govern according to “Christian” principles, turning the other cheek when terrorists blow up taverns.  But if vengeance is the driving motive in doing so, it will devour you as much as it devours your enemies, for vengeance begets retaliation.  The bombing of Baghdad begets terrorism in Boston, London and Paris…Today’s terrorists are the grandchildren of those who suffered from brutal wars in Algeria, Palestine, Iraq, and other countries that were once European colonies, even though these disillusioned and dangerous young men and women have grown up in Europe and now have European passports…

The only way to defeat the ideology that is threatening to destroy civilization is one driven by moral values that transcend selfish national interests.  The alternative, the path of vengeance, is war without end…Our prayer is that you and we together may cherish those values which are fundamental to human flourishing even in these critical times of terror: justice, compassion, tolerance, hospitality, and a respect for human dignity among them.  If we lose these even in fighting a just cause, we will lose our souls just as empires and nations have lost their theirs the more they have expanded and conquered. That is why the words of St. Paul, even though written to a small band of powerless Christians in the belly of the Empire still speak to all of us today.

These “small bands” of Christians, in the words of Martin Luther King Jr., this “church within the church,” persists today.  But they are not powerless.  In the 2009 Kairos Palestine document, the Palestinian churches lift up the power of hope and persistence:

Hope is the capacity to see God in the midst of trouble, and to be co-workers with the Holy Spirit who is dwelling in us. From this vision derives the strength to be steadfast, remain firm and work to change the reality in which we find ourselves. Hope means not giving in to evil but rather standing up to it and continuing to resist it.

Continuing in the passage quoted above, Howard Zinn offers this same message of hope:

…If history is to be creative, to anticipate a possible future without denying the past, it should, I believe, emphasize new possibilities by disclosing those hidden episodes of the past when, even in brief flashes, people showed their ability to resist, to join together, occasionally to win. I am supposing, or perhaps only hoping, that our future be found in the past’s fugitive moments of compassion rather than in its solid centuries of warfare.

Zinn is suggesting that we draw lessons and inspiration from the past, but we can focus on “the signs of the times” before us to find these same signs of hope.

This past October, Kairos USA held our first Leadership Summit – a convening of leaders from denominational mission networks, regional and city-based committees, and national organizations. Our purpose was to affirm a commitment to direct action in response to the Palestinian call based on the theological principles that guide and energize our movement.  In my view the gathering succeeded in establishing a mandate for a new level of coordination and focus. Stay tuned for more information about the outcomes of the Summit and what it will mean for you, your church and community. The energy, commitment, creativity and persistence of our Kairos community gives me hope in this season of hope and new beginnings.  Indeed, we have come together, in de Gruchy’s words, as an “anticipatory community…that community in the world where God’s shalom takes on historical form.” Ninety members of this community – students, teachers, preachers, activists young and old, black and white, women and men, came together for two days of sharing and strategy setting, in solidarity with those who struggle for justice and dignity across our country and the world, whether in Chicago, Cape Town, Berlin, Sao Paulo, New Delhi, Manila, Bethlehem, or Baghdad.

Half a century ago, Martin Luther King Jr. sat in Birmingham jail, wondering “is organized religion too inextricably bound to the status quo to save our nation and the world?” His answer to that question amounted to a personal affirmation of faith in the power of the grassroots:

I must turn my faith to the inner spiritual church, the church within the church, as the true ekklesia and the hope of the world.

Thinking of our Summit meeting, especially in the context of recent domestic and global events, I feel humbled and grateful to be part of our growing global community. May we continue to support one another — honoring the faith and the achievements of those who have gone before us and acknowledging that we part of a global community of hope and struggle.