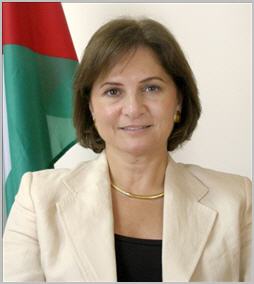 Khoury brings to the global Kairos movement a wealth of experience. She has served with the United Nations in economic and human development, as Minister of Jerusalem Affairs for the Palestinian National Authority, and as the Palestinian ambassador to France from 2006-2010. Khoury has also served as board member of Sabeel-Jerusalem and is currently on the board of Bethlehem Bible College. Other present day roles are president of the Arab Research Institute in Jerusalem and president of the Bethlehem Rotary Club.

In my recent interview with Khoury, she spoke of her commitment to “the very deep, complex, and demanding call to all humanity to work prophetically and courageously for justice, peace, and reconciliation … a daunting task in the face of so much extremism, religious fanaticism, violence, political abuse of religion, corrupt leadership, and consumerism, all of which reduce people in their humanity.”

The Kairos Palestine document of 2009 must be our touchstone, she reminds us, because although “it uses Christian language and theology, its message is universal and seeks to involve good people in building a better and a more just world starting with Palestine, the cradle of our great monotheistic religions.”

And Khoury is equally bold in her vision of the Kairos mission: “Our achievement can be multi-leveled: saving the peace in Palestine and Israel as well as those great monotheistic religions from debasement, and redeeming a deformed value system so that we can become more fully human.”

Khoury sees great hope in Kairos Palestine’s global partners. She points to their commitment to boycott, divestment, and sanctions, following the successful example of the South African churches in their liberation struggle. She also commends from response by global partners to the call from Palestinian civil society for economic solidarity.

And Khoury repeats the invitation for partners around the world to “come and see injustice and its consequences, but also to understand the Bible through Palestinian eyes, Palestinian theology on the ground,” and how the “Living Stones” are working for human rights and compliance with international law.

Finally, the new Kairos Palestine leader has a special challenge for those of us  in the U.S. Kairos movement: “Your work is critically important because of the negative role the U.S. government and Congress play in sustaining the status quo and regressing into growing violence. Your role is important in lobbying the churches to act prophetically and with courage because the stakes are so high.”

(L. Michael Spath is the Founder and Executive Director of Indiana Center for Middle East Peace and Kairos Communities Coordinator for Kairos USA.)