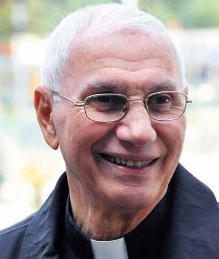 The Rev. Dr. Naim Ateek is a Palestinian priest in the Anglican Church and founder of the Sabeel Ecumenical Liberation Theology Center in Jerusalem. Ateek is also a recognized leader in shaping Palestinian liberation theology. His most recent book, “ A Palestinian Christian Cry for Reconciliation,” was published in 2008.
A former Canon at St. George’s Cathedral in Jerusalem, Ateek preached the following sermon there on April 12, 2015. It was the Sunday that Orthodox Christians celebrate Easter. 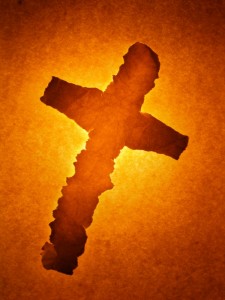 I am thankful for this opportunity to preach, and I would like to thank Dean Husam for inviting me. Today we wish our brothers and sisters in the Orthodox churches a Happy Easter.

Today’s Gospel has a special relevance to the life of our Palestinian community as well as to the Christian communities in the region, especially in Syria and Iraq and wherever Christians face dangers and difficulties.

In addition to this, we believe that Jesus Christ was crucified and killed because he dared to challenge the religious-political and socio-economic powers of his day. At the time of Jesus, Palestine was occupied by the Roman Empire. Many of the religious leaders in Jerusalem were collaborating with the occupiers. Jesus confronted the powers of evil in society when he drove all those who were corrupting and desecrating the temple. No wonder the religious leaders conspired against him.

More than that, Jesus heard the cry of the people when they were shouting “Hosanna” (Hosha’na). It is an Aramaic word that means, SAVE US NOW. It was a political statement. It was the cry of oppressed people seeking liberation. It is very similar to the slogans we see and hear daily on our TVs by our Palestinian people who are struggling to end the Israeli occupation of our country. We believe that Jesus was crucified because he challenged the structures of domination that were oppressing the people.

The crucifixion and death of Jesus shattered the hopes of the disciples. In the words of the two disappointed disciples on the way to Emmaus, “We had hoped that he was the one to redeem Israel.” (Luke 24)

On that first Sunday evening the disciples, with other friends, were meeting together in Jerusalem behind closed doors. Mary Magdalene was proclaiming the resurrection of Jesus. Peter was witnessing that Jesus is alive. The other disciples were confused, bewildered, and afraid.

Tragically, this has become a familiar picture of Christian communities in Iraq and Syria who have been targeted and live in fear. Christians have been recently killed in Libya and Kenya because they were Christians. Here in Palestine both Christians and Muslims suffer injustice and their human and political rights are violated by the Israeli government simply because they are Palestinians.

As the disciples were huddled together in fear and despair behind the closed doors, the risen Christ came and stood in their midst and greeted them with the salutation of peace. It is important to remember that Christ never leaves us. He always stands in the midst of the community of faith. He is with us in our joys and in our sorrows.

Jesus showed them his hands and his side. Jesus has a new identity. It is the marks of his wounded hands. Death did not erase the marks of the nails. The clear lesson for us is that of nonviolence. Indeed Christ suffered the agony of torture and death but he did not inflict suffering on others. And Christ’s resurrection is the proof of his victory over evil and death. Indeed, through nonviolent struggle, we can overcome. 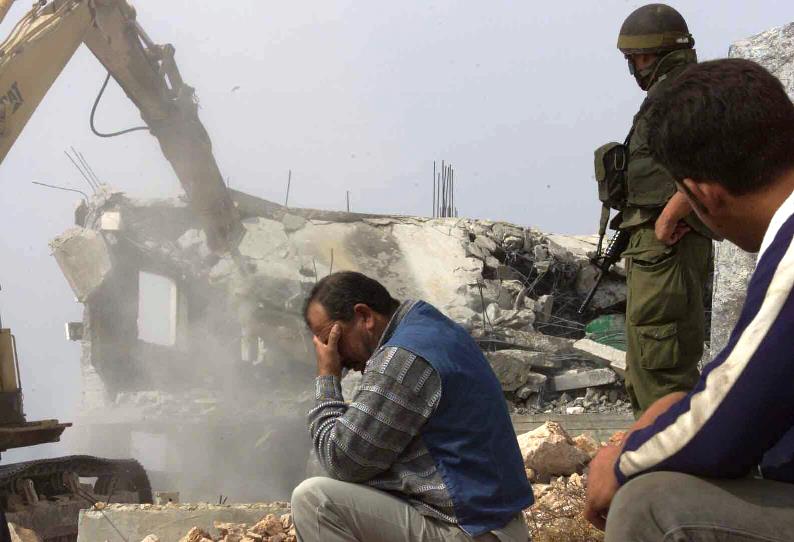 A Palestinian man can’t look as his home is demolished.

When we look perceptively at our situation in life here in Palestine and Israel and across the world, we need to take a stand against the structures that dominate and humiliate our brothers and sisters. We need to expand our understanding of salvation and liberation to include not only liberation from our sins, but equally from the injustices that dehumanize our fellow human beings everywhere. This is God’s world and God wills that all people live in freedom and dignity. Our Lord Jesus Christ came to give us life and life abundant – life in its fullness.

It is time for our church leaders in Palestine and Israel to become more involved. The creeping confiscation of Palestinian land continues, the oppressive Israeli occupation is more entrenched, and our people’s suffering is becoming unbearable. The church must be involved and must take a stand on the side of the oppressed and the marginalized.

Yet it seems that many of our church leaders are living behind closed doors unwilling to confront the unjust powers. It is our mandate as Christians to speak truth to power.

Jesus was aware of the disciples’ human limitations as he is aware of ours — our fears, frailties, and weaknesses. So he says to us as he said to the disciples, “Receive the Holy Spirit. As the Father sent me, I send you.” You must not remain hiding behind closed doors. The power of the Holy Spirit will dispel your fears and will give you the courage to face and engage the powers so that justice will be done and peace and reconciliation will be achieved.

Today’s Gospel presents a challenge to all of us and especially to our religious leaders. I believe that our Bishop Suhail can play an important role because of his good relationship with the Orthodox Patriarch and other bishops.  The Christian community of the land has a crucial role to play. It is important to articulate a nonviolent strategy in line with the spirit of our risen Lord. It is equally important to lift up the prophetic voice of liberation for all oppressed people.

I believe that when our Patriarchs and bishops take the lead many Christians and non-Christians both in Israel/Palestine and from around the world will take a stand with us and support us. This is the challenge before us.

May the Risen Lord give us the strength and courage to take such a stand for the achievement of justice and peace for all the people of our land!