You are here: Home / General / Germany, the Palestinian call, and a challenge to the church: Part I 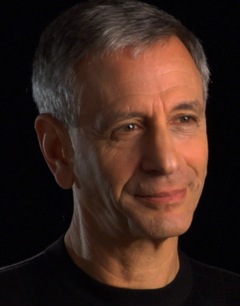 Four years ago I was in Stuttgart, Germany for my first speaking tour in that country. My book had been published in German with the title Fatal Shame: Israel’s Politics and the Silence of the Christians. Several church groups eager to bring a message supportive of the Palestinian cause to German audiences had organized my visit.

But this was Germany, and they were a bit nervous. On the evening of my first lecture, the local organizer took me aside and made a request: “Don’t mention boycotts,” he said to me. “You must understand that this is a very sensitive topic for Germans.” I agreed to take his request seriously. After all, I was his guest, and I needed to honor his wisdom about what his audience was ready to absorb. I wanted this gutsy thing he was doing to be successful, and I didn’t want to throw any bombs.

It didn’t go that way. I don’t recall the moment that I made the decision, but I realized quickly that this audience was hungry to hear truths about this issue that no one had been allowed to voice. Five minutes into my talk I asked the following question: “How many of you here tonight,” I said, “actually confuse the anti-Jewish laws enacted by the Third Reich in the 1930s with the Palestinian call to sanction Israel for its human rights violations?” The jaws dropped and then the nonverbal response was clear: it was relief. What I felt from the audience was – I have no other word for it – gratitude. I realized that Germans, now 65 years after the war, still needed to be liberated from the feelings of guilt and shame that had so profoundly affected their ability to speak and act about the urgent situation of the Palestinians. But it was also my own liberation that I was also seeking. “I will make a deal with you,” I continued. “If you as Germans will stop seeing yourselves as the worst criminals the world has ever known, I as a Jew will give up regarding myself the world’s worst victim. It’s time for all of us to move on.” 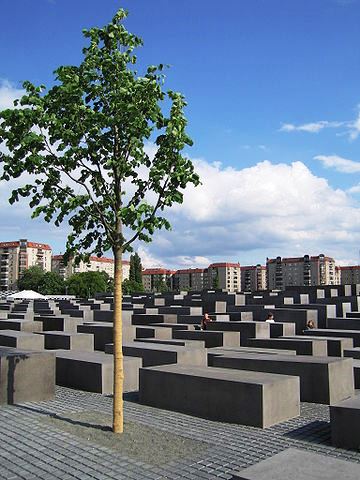 In my time in Germany for the remainder of that tour, I began to understand the depth and the nature of the German preoccupation with the support for Israel. A Protestant bishop serving on the Middle East Committee of the German Protestant Church explained to me that the German church had a “special responsibility” to support the State of Israel because of the Nazi genocide, a responsibility that had to put limits on the church’s ability to respond to Palestinian suffering. It was therefore the de facto official policy of the church to oppose any word on action on the part of church bodies or church members that could be perceived as unfriendly to Israel. This mirrored official German state policy, which had been famously expressed by Chancellor Angela Merkel, that the welfare and security of the State of Israel is the “Staatsräson” or “reason for being” of the German state itself! Despite the horrific history of Germany and its Jews in recent history, this phenomenon is by no means limited to Germany. U.S. presidential candidates try to outdo one another declaring their friendship with the State of Israel and their commitment to its security. The few voices in our Houses of Congress who dare to defy the party line are drowned out by the huge bipartisan consensus of those who either have managed to keep themselves blind to the overwhelming reality of Israel’s human rights abuses or who are too intimidated politically to show any political courage. The “thirteenth commandment” of U.S. politics continues very much to be in force: “Thou shalt unconditionally support the State of Israel.”

Four years later, I am back in Stuttgart, where I was privileged to speak before a special gathering entitled “Justice brings peace: Breaking the Silence on Palestine and Israel.” The setting was the biennial Kirchentag, or Church Assembly, one of the largest church gatherings of its kind in the world. The four-day event brings together between 120,000 and 150,000 German Protestants and Catholics for four days of lectures, arts, bible study and celebration of the church’s mission in the world. Organized in 1949 by clergy and lay members of the Protestant church in Germany, the Kirchentag is devoted to bringing together Christians devoted to the engagement of the church with the broader society.

This year, however, frustrated and unhappy with the Kirchentag’s rejection of their program submissions, a coalition of lay, clergy, and church-based human rights groups devoted to the struggle for Palestinian human rights organized an “alternative” Kirchentag conference, to be held simultaneously in Stuttgart. At the event speakers addressed a standing-room only audience of Kirchentag attendees hungry to hear the truth about Israeli human rights violations and the Palestinian call for justice, and eager to join the movement to liberate Israelis and Palestinians alike from the evil of apartheid in our time.

It is not a small thing for German Christians to promote such a program. In fact, the growing movement within Germany to support the Palestinian people in their struggle for freedom and equality has created a problem for the German church, which has officially declared itself, along with the German government itself, as having a special responsibility to the Jewish people and for the welfare of the State of Israel. Indeed, the German Protestant church is on a collision course with the growing movement at the church grassroots in solidarity with the Palestinian human rights struggle.

Perhaps no other document has lent as much momentum to this growing movement as the 2009 Palestine Kairos document: “A Moment of Truth: a cry of hope, faith and love from the heart of Palestinian suffering.” “A Moment of Truth” is powerful theological document from the churches of Palestine. It describes the worsening situation of land annexation and denial of rights in the occupied territories and the inequalities for Palestinian citizens of Israel, articulates a powerful theology of nonviolent resistance, and appeals to the churches as well as the governments of the world to “help us get our freedom back!”

Institutions resist being jolted out of their comfort zone. The Evangelical Church of Germany (EKD) is a federation of twenty Lutheran, Reformed and United regional and denominational churches in Germany. With a membership of over 23 million church-goers, or 29 per cent of the German population, it constitutes one of the largest national Protestant bodies in the world. To its credit, the EKD, through its official “Protestant Middle East Committee,” composed a statement in response to the Palestinian “Moment of Truth” within a year of the emergence of the Palestinian document. The church declaration, adopted by the EKD’s Church Parliament in 2011, is a careful, measured document that in its opening affirms the Palestinian document as “an expression of the Christian faith that this situation can change and must change.”

It goes on, however, to present “comments and reservations” about the Palestinian statement that amount nothing less than a betrayal of fundamental Christian principles. Rather than respond actively and clearly to the cry of the oppressed, as would befit the church of Jesus Christ, the document calls for further discussion. Rather than responding with outrage and sadness to the cry of suffering, the authors question why only Palestinian suffering and not Israeli security concerns were cited in the Palestinian document, calling into question how the “terrorism” of some Palestinian groups could be the result of the structural and overt violence visited upon the Palestinian people by the State of Israel. Finally, in response to the Palestinian call for nonviolent resistance through economic boycott, the authors of the church response declare categorically that “we cannot accept such a boycott” because it “reminds the churches in Germany of the Nazi-appeal of 1933 “Do not buy from Jews!” 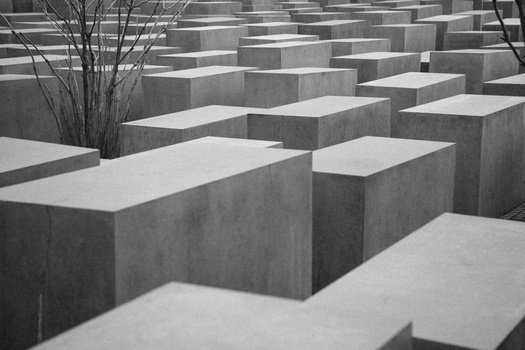 The EKD’s objection to boycott on the basis of the Nazi genocide is a central feature of the church body’s attempt to push back on the grassroots demand for a response to Palestinian suffering. The logic and power of this objection depends on a single move: the equation of the Jewish people and the State of Israel, and between Judaism and Zionism. This equation has been successfully promoted in German society, as it has throughout the Western world. It continues to be used by Jewish and Christian institutions alike in an attempt to thwart the nonviolent movement to put an end to the colonial dispossession of Palestinian lands and to stifle the voice of the faithful who are responding to the Palestinian call: criticism of the State of Israel exposes lay people, clergy and politicians alike to the real threat of being perceived as anti-Semitic. In fact criticism of the State of Israel has been termed “the new anti-Semitism.” The appeal to the history of church persecution of the Jews, and to Christian-Jewish relations today plays a central role in the struggle between the grassroots and institutional church Germany with respect to Israel and Palestine. And as I pointed out earlier, this is by no means limited to Germany. It is being played out throughout the world, as the church at the grassroots wakes up to the theological imperative to “see the signs of the times” and do justice for “the least of these who are members of my family,” and the institutional church pushes back. I’ll write more about this in forthcoming postings.

I am spending two weeks in Germany, speaking in 10 German cities at the invitation of local church-linked and human rights groups about the struggle for justice for Palestine. In the next postings, I’ll report on what the experience of the church in Germany has to teach us in the United States about the responsibility of our own government and religious institutions for the situation in Palestine today. We’ll also see how what is going on in Europe and the U.S. is part of a wider global movement – how the church is waking up, as is has in the past, to the fundamental imperative to do love mercy, do justice, and walk humbly with God.