You are here: Home / General / An American moment: Creative resistance at home and with global partners 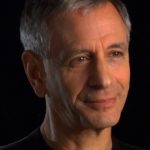 “Many of us worked for so many years for a two-state solution.  But the two-state solution is dead, completely dead, and the Israelis have killed it.  Our message — especially in the West — must speak this word clearly.”

These are the words of Jeff Halper, a Jewish anthropologist from the United States who emigrated to Israel decades ago, a courageous fighter for the rights of Palestinians, and the founder of the Israeli Committee Against House Demolitions.  Halper was meeting with Michael Spath, our Coordinator of Community Partnerships, last week in Jerusalem. Michael and I had both arrived at this same “takeaway” from our time in Palestine earlier this month when we attended the Kairos Palestine International Conference in Bethlehem. There was clear consensus that there is no two-state solution on the table, that we have arrived at one state, and it is called Israel, and it is a state that in its policies and actions practices a form of apartheid that visiting South Africans declare is worse than the system that prevailed in their country before it was brought down by the coordinated and persistent action of the global community.

I agree with Halper that we must speak this clearly:  that the two-state remedy that is being peddled is a dangerous illusion, and that the reality that we now confront is unacceptable to us, as U.S. citizens, as members of faith communities, as secular people committed to justice.  What then remains is the issue of how, and when, the right to live with dignity and with the rights that are guaranteed under international law will be restored to Palestinians in Israel, the West Bank, and Gaza.  This is important not only for the sake of the oppressed Palestinians, but – and I know this is true for Israeli Jeff Halper – out of love for the citizens of Israel, Jewish and non-Jewish, who deserve to be liberated from a system that sickens their society and steals from their children the chance for a decent future.

So what can we do? In the Kairos Palestine “Moment of Truth,” our sisters and brothers in Palestine have provided a clear and direct answer to this question in calling for “peaceful resistance.” The occupation of Palestinian lands and the land theft and human rights violations that have accompanied it “is an evil that must be resisted,” maintains the document, because “[r]esistance is a right and a duty for the Christian. But it is resistance with love as its logic.”  This means that it is active but nonviolent. “The aim is to free both peoples from extremist positions of the different Israeli governments, bringing both to justice and reconciliation.”

Kairos Palestine specifically references boycott as one form of this resistance. The global Boycott, Divestment and Sanctions (BDS) movement received significant attention at the Bethlehem conference. International delegates joined Palestinians in two days of meetings following the event to discuss how to coordinate their activities in support of Palestinian liberation, with an entire day devoted to BDS.  Stay tuned for further on the results of these meetings — resources and methods for faithful action through the efforts of the Kairos USA Community and our U.S. and international partners.

As we enter the New Year, we plan to bring members of the Kairos USA Community more information about how local, denominational and national church-related groups in the U.S. are responding to the Palestinian call for nonviolent resistance. This is the call that gave birth to Kairos USA and it is what informs our mission.  The Kairos USA “Call to Action: A word of confession and faith from Christians in the United States” is a confession of responsibility and acknowledgement of obligation to act. I quote from it here:

As the body of Christ in the United States, we confess that by not speaking truth to power we have failed to follow the call of Jesus to serve God with love and compassion for all people. We have failed to challenge our government’s policies. Rather than acting as an honest broker in negotiations between Israelis and Palestinians, our government has consistently supported, both financially and diplomatically, the actions of Israel that have brought suffering to Palestinians, continuing insecurity to Israelis and the declining prospect of a just peace. As individuals and as church institutions, we have supported a system of control, inequality and oppression through misreading of our Holy Scriptures, flawed theology and distortions of history. We have allowed to go unchallenged theological and political ideas that have made us complicit in the oppression of the Palestinian people. Instead of speaking and acting boldly, we have chosen to offer careful statements designed to avoid controversy and leave cherished relationships undisturbed.

Fundamental principles that support both Christian and American values come together in this statement.  Last week, as part of NPR’s coverage of the release of the Senate Intelligence Committee’s report on CIA interrogation practices, Palestinian-American Rami Khoury offered these thoughts:

The whole historical contribution of the concept of the United States of America was citizenship based on the consent of the governed…Therefore the people need to know what is being done in their name so that the people, the citizens, can maintain a certain value system in public life that reflects what is written in their Declaration of Independence. So it’s a very difficult but very important moment for the United States. This is a very American moment.

As I listened to Khoury, I agreed that what were we seeing in the release of this report was the worst of America but also the best of our country in our willingness to call ourselves to account. I found myself thinking back to October, 5, 2012, when 15 leaders of U.S. Protestant denominations and several Roman Catholic orders published an open letter to the members of the US Congress. The letter includes this statement:

As Christian leaders in the United States, it is our moral responsibility to question the continuation of unconditional U.S. financial assistance to the government of Israel. Realizing a just and lasting peace will require this accountability, as continued US military assistance to Israel — offered without conditions or accountability — will only serve to sustain the status quo and Israel’s military occupation of the Palestinian territories.

The letter also urged Congress to conduct “an immediate investigation into possible violations the U.S. Foreign Assistance Act and the U.S. Arms Export Control Act that respectively prohibit assistance to any country which engages in a consistent pattern of human rights violations.”

Can we envision another “American moment” like the one we have just experienced? Can we dare to imagine, that, through the exercise of creative resistance, we can bring our nation in similar fashion to question the legality and rightness of our financial and diplomatic support for Israel’s illegal activities, activities that include not only land taking and colonization, but systematic denial of human rights, including imprisonment and torture? This Advent season, it has never been more clear that our response to the call of our Palestinian sisters in brothers in distress calls us to a witness that reaches beyond  Palestine, as we consider our nation’s record  of systematic economic, judicial and law enforcement violence against African Americans, our torture of prisoners, and abrogation of immigrant rights. The voice of the Palestinians is the voice of our own consciences, because it is a voice that calls us to be true to foundational values of our society. And it calls us to action, as expressed in the Kairos USA document:

“We appeal to our government to be faithful to the principles of universal human rights, equality and justice articulated in its foundational documents, enshrined in international law and expressed in the resolutions of the United Nations. We call to mind Dr. Martin Luther King Jr.’s charge in his historic speech on the Vietnam War at Riverside Church in 1967. “These are the times,” Dr. King told us, “for real choices and not false ones. We are at the moment when our lives must be placed on the line if our nation is to survive its own folly. Every [person] of humane convictions must decide on the protest that best suits his convictions, but we must all protest.”

U.S. Lutheran theologian Robert Smith expresses this clearly in his remarks that opened the Bethlehem conference:

“How can those of us who are not Palestinian weave resistance into the fabric of our lives? One way is to identify how the structures perpetuating the sin of occupation inform injustices in our home contexts. This is what is intended as the message of Kairos for Global Justice. How do we participate in struggles against those injustices in our local contexts, consciously linking them to the quest for justice in Palestine? How do the theologies identified as harmful in Kairos Palestine harm others as well; how do those imperial theologies benefit not just Israeli power but power and privilege in many other places as well?”

Smith’s reference to theology reminds us that the role of our faith leaders and faith communities is critical. “The Kairos call for creative resistance,” Smith continued, “is not about addressing economic structures alone. Support for the matrix of Israeli occupation challenges the very nature of how we interpret the Bible and how Christian communities engage and challenge political powers and principalities.” As was true for the South African and the black liberation struggle in this country, the church is called to lead.  For the church in the U.S., the challenge presented by the Palestinian call is the same as that expressed by the church leaders in South Africa in their 1985 Kairos document “Challenge to the Church:”

“It is serious, very serious. For very many Christians in South Africa this is the KAIROS, the moment of grace and opportunity, the favorable time in which God issues a challenge to decisive action. It is a dangerous time because, if this opportunity is missed, and allowed to pass by, the loss for the Church, for the Gospel and for all the people of South Africa will be immeasurable…A crisis is a moment of truth that shows us up for what we really are. There will be no place to hide and no way of pretending to be what we are not in fact. At this moment in South Africa the Church is about to be shown up for what it really is and no cover-up will be possible.”

The example of South Africa becomes increasingly compelling as the Israeli project to create one state from the Mediterranean to the Jordan that privileges one people over another moves toward completion.  We made our government say “no” to apartheid then, and it was not easy, and we persevered, and we prevailed. For the Third Sunday in Advent, the Kairos Palestine Christmas Alert calls our attention to families and communities torn apart by conflict, fear and violence and quotes from the gospel of John: “’I am the voice of one crying in the wilderness,’ John proclaimed.  ‘Make straight the way of the Lord…’ (John 1:23)   Today we might say, ‘Make straight the way home for families cast into a wilderness of separation.'”

“There are families in pain all around the world, O God. No location is exempt,” writes Diane Dulin in her reflections on this week’s Christmas alert.  Let us dedicate ourselves to the work before us, in response to the calls from beyond our shores as well as the voices sounding louder and louder from our own society.