You are here: Home / General / A Pentecost reflection: Incendiary Kairos spirit breaks the silence and speaks

The story of Pentecost follows not long after Jesus’ crucifixion, resurrection and ascension. It recounts the dramatic scene from Acts 2 where an international, multi-ethnic mix of pilgrims have gathered Jerusalem.

These visitors receive flaming, ear-shattering signs and gifts of the Spirit. Suddenly everyone is speaking foreign languages and being understood by strangers. Memorable preaching ensues. Prophetic promises are proclaimed as fulfilled.

By the end of Acts 2 believers abound; repentance has led to more than 3,000 baptisms; those remaining in Jerusalem commence sharing their resources, worshiping together in public and private assemblies, and adding daily to those who catch the vision of God’s new day as proclaimed and revealed by Jesus. 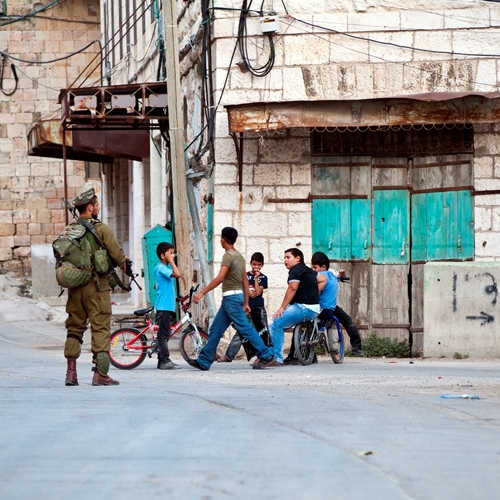 What must the watching soldiers of that first century scene have thought? Did they peer nervously from the fortified walls of stone, from within the military watchtowers, or from astride powerful stallions? What kind of weapons did they hold in readiness for a commander’s order to shut down the crowd? What did they see when strangers ignored their military might, and instead embraced one another across boundaries of race, religion, language, and nationality?

Pentecost reveals the birth of a community: formed by the Spirit out of diversity, dreams and visions. It sounds a lot like our present-day Kairos Community of advocates for the Palestinian cause and people. Israeli soldiers in The West Bank, occupied East Jerusalem, or those who are watching — always watching — in Gaza may wonder why the bonds of friendship and solidarity run so deep. Why do international visitors continue coming? Why the endless delegations of multi-hued, interfaith pilgrims who care so deeply about the very ones those soldiers have been trained to diminish, harass and dehumanize?

It is likely most soldiers who watch today can’t understand the most important truths of all. The swagger, the boredom, the cruelty, the confusion which can be seen on the soldiers’ young faces is understandable. We who care about the Palestinian people are speaking a language they do not understand. By way of military training and indoctrination, their language skills have been thwarted to reside in automatic rifles slung over their shoulders, backed up by the guarantee of tanks, bombs, tear gas, drones and sniper fire should the “need” arise.

But the Spirit will not be quenched. Some do speak the language of peace and justice.  Breaking the Silence — the organization comprised of former Israeli military members who speak out courageously — proclaims a powerful Pentecost word by telling costly truth. From behind the checkpoint, down out of the watchtower, stepping away from belligerent and violent settlers, come those who refuse any longer to serve the occupation. And these brave ones insist on saying why.

Theirs is a Pentecost voice which I celebrate today. May God guide and protect the witness and the work of Breaking the Silence. May God add to their number and surround them with supportive loved ones. Let their words of truth preach the Pentecost message of repentance, community, and fresh hope for a just and lasting peace.