You are here: Home / Newsletters / A chaplain’s courage: lessons learned

I’ve often called the issue of Jewish-Christian relations the elephant in the room when we’re talking about Israel and the Palestinians.  But I’m not sure that’s true anymore.  It’s hard to pretend the elephant isn’t there when we’re running into it at every turn. More and more, it seems like it’s become the story itself.

Last summer at the General Assembly of the Presbyterian Church (USA), the Jewish attendees seemed to me at times to be more visible than the Presbyterians themselves, with Jews on both sides of the issue of denominational divestment from companies profiting from the occupation openly lobbying, demonstrating, distributing literature, and huddling in the corridors of the conference center in Detroit. Faced with mounting awareness that all is not right with the Jewish homeland project, Christians at institutional levels seem to want to know what Jews think before they take action or even speak their minds and consciences. Last month, the newly-installed Presiding Bishop of the Evangelical Lutheran Church of America, explaining why her denomination could not/would not endorse a Washington DC vigil in honor of the Palestinian (and Jewish!) victims of Israel’s assault on Gaza said this in a statement startling in its bluntness: “Christian-Jewish relations in the U.S.,” she explained, “are critically strained at this time.”

As the movement for liberation of the Palestinians from oppression and the Israelis from the role of oppressors grows, particular in the churches, the forces that support unconditional military and diplomatic support of Israel are stepping up their campaign to squelch this mounting threat to the status quo.  And increasingly, the trump card is the charge of anti-Semitism. The good news is that increasingly, Christian leaders are speaking out in spite of the costs, and are receiving strong support from their communities and churches. Case in point: the Rev. Bruce Shipman, who recently was forced out of his position as the Episcopal chaplain at Yale University. 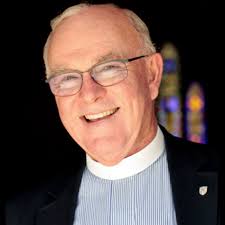 It began with a New York Times column in which noted Jewish historian Deborah Lipstadt called attention to the rising tide of anti-Semitism in Europe. Lipstadt, who is professor of modern Jewish history and Holocaust studies at Emory University, has devoted her career to the Nazi genocide of the Jews of Europe, notably in her well-known book Denying the Holocaust. In the Times piece Lipstadt cited a number of incidents that indeed indicated a disturbing uptick in anti-Jewish words and actions in countries such as France and Germany. (It is real and it is worrisome, as noted by Rabbi Brant Rosen in his magnificent farewell Yom Kippur sermon.  Rabbi Rosen, however, offers reflections that depart markedly from the conclusions drawn by Lipstadt).

Rev. Shipman, who had recently visited the West Bank with a group of Yale Divinity School students, had some pointed comments in response to Lipstadt’s piece.  Here is the entirety of his letter to the Times:

“Deborah E. Lipstadt makes far too little of the relationship between Israel’s policies in the West Bank and Gaza and growing anti-Semitism in Europe and beyond. The trend to which she alludes parallels the carnage in Gaza over the last five years, not to mention the perpetually stalled peace talks and the continuing occupation of the West Bank. As hope for a two-state solution fades and Palestinian casualties continue to mount, the best antidote to anti-Semitism would be for Israel’s patrons abroad to press the government of Prime Minister Benjamin Netanyahu for final-status resolution to the Palestinian question.”

The newspaper published his letter on August 26. Then the fireworks began.

The day his letter appeared, Shipman told the New Haven Day, “There was an avalanche of hate mail calling me every name imaginable, and an anti-Semite, (saying) I was a disgrace to my calling.” Yale chaplain Sharon Kugler sent Shipman an email reporting that “Confused students, angry alumni, staff and random people from across the country have been in touch with me and with President (Peter) Salovey’s office all day, some calling for your termination and others calling for mine.” (See Mondoweiss for more on this.)

When an institution is threatened with the smear of anti-Semitism, it responds quickly, and the Yale administration was no exception. The board of governors for the Episcopal Church at Yale, Shipman’s employer, asked Shipman to step down from his chaplaincy, and he complied. In a subsequent letter published in the Hartford Courant, Shipman related his experience and, more importantly, his concerns about the retribution visited on him for speaking his Christian conscience, writing, “I am deeply concerned just now that others will be intimidated by my experience and thus fear raising the issue of the relationship between the United States and Israel … These are issues that demand public discourse without the fear of being labeled with the ‘A’ word.”

Many in the church community in Connecticut who know and respect Shipman lost no time in standing with him. My friend Rev. David Good, who heads the Tree of Life Education Fund, one of Kairos USA’s partner organizations, provided one of the more outspoken responses in a letter to the Episcopal Bishops of Connecticut. “Shame on the Episcopal Church at Yale,” wrote Good.  “Shame on those inside and outside of Yale who used slander and intimidation to silence public discourse.” Rev. Good went on to quote Scripture: “’Strengthen your weak knees,’ St. Paul said, and he wasn’t talking about knees injured by playing too much football; rather he was talking about a spiritual malady present in every age, the problem of weak kneed Christians too wobbly to stand up for what is right.”

Not afraid to stand up for what is right, the Episcopal Peace Fellowship’s Palestine Israel Network steering committee issued a statement condemning Yale’s action as “a disgrace to the cause of academic freedom of thought.” The statement continued:

“The EPF PIN leadership stands behind Father Shipman and his long standing support for justice for all people.  We express alarm at the vitriol present on many campuses across the US whenever someone or some group raises questions about Israel’s draconian policies of occupation or advocates for the rights of the Palestinian people.  Debate on the Palestine Israel conflict is already present on our nation’s campuses, and the Episcopal Church’s long witness to see an end to the occupation should be part of the discussion and advocacy and we hope that Episcopalians, clergy and lay, on campuses will give voice to the Church’s witness as the debate intensifies.”

There are several lessons we can take away from this episode.

There is a cost for speaking out. The charge of anti-Semitism is perceived – accurately – as the Achilles’ heel of Christian activism for Palestine. On the simplest level, in describing Israel’s assault on Gaza as “carnage,” and decrying the continuing occupation of Palestinian lands, Shipman exposed himself to the charge of antipathy toward Israel and therefore to being labeled as an anti-Semite. But it goes deeper. In his letter, Shipman challenged two of the fundamental assumptions that are used to shore up the status quo. The first is that hatred of Jews is the reason for violent attacks on Israel and for threats to the state’s very existence. The second is that because they are defending themselves against a persistently and eternally murderous world, Jews are innocent of any blame and for consequences of actions taken in self-defense (a corollary to this assumption is that Israel’s security and existence is indeed threatened by the stateless Palestinians). In the face of challenges like that posed by Shipman’s letter, denominational and academic leadership will act to preserve hard-won relationships with the Jewish community on professional and institutional levels.  Often the result is that people like Bruce Shipman pay for their courage with their jobs or with the opportunity for advancement.

Support for clergy who speak out will become increasingly important. Kairos USA is founded on the belief that prophetic witness is a part of ministry that we must respect and support even when our institutions lag behind. As Presbyterian pastors J. Mark Davidson and Ronald Shive point out in their excellent Ecclesio.com piece “Taking a Stand,” the idea that Christian peacemaking in Israel-Palestine requires neutrality “is deeply flawed and timid and cannot deliver the peace it promises.”

This is why efforts at the grassroots are crucial. Change comes from the bottom up – the faithful, persistent efforts of people at the congregational and community levels, making their voices heard in the public forum, to leadership at denominational and regional levels, and to the institutions of higher learning that must join in the struggle for freedom and justice in the land we call holy.